Mycotoxins: The Hidden Danger Lurking In Your Kitchen 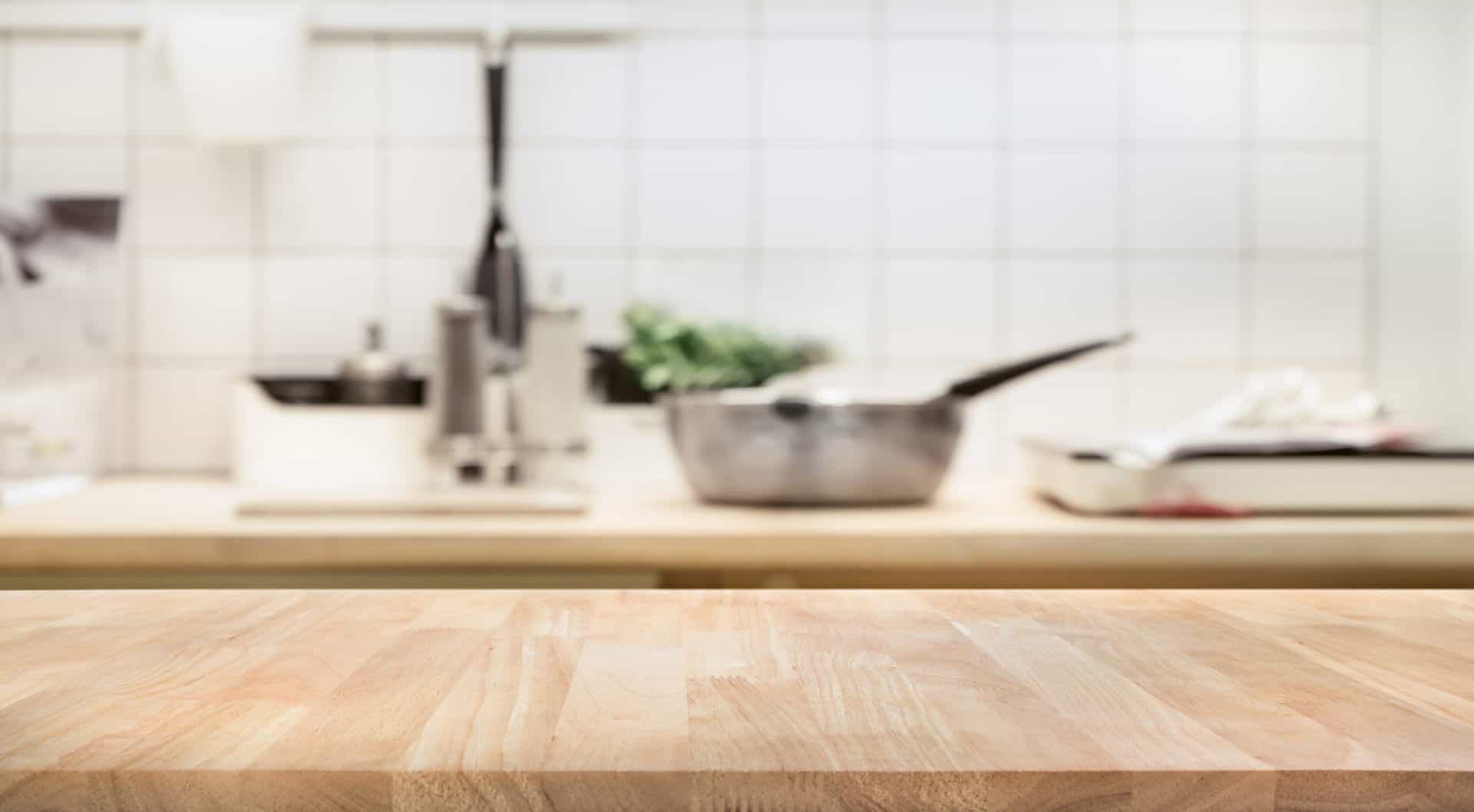 Take a peek in your cupboard and refrigerator. The food inside might look harmless, but what if I told you that there may be an invisible danger potentially wreaking havoc on your health?

I’m talking about mycotoxins – microscopic poisons that can sneak into your body and cause irreversible damage. Let’s dive into exactly why mycotoxins are so dangerous. And how you can not only protect yourself, but begin detoxing from the exposure you can’t avoid.

Mycotoxins are naturally occurring toxic compounds produced by fungi – a classification of organisms that contains mold, mushrooms, and yeasts. Since being discovered in 1965, over 400 unique mycotoxins have been identified. Chronic exposure to mycotoxins can pose a significant health risk to humans – causing disease and even death.

The harmful and toxic effects of chronic mycotoxin exposure is known as mycotoxicosis. Exactly how severe mycotoxicosis is depends on a number of factors such as:

But even healthy individuals can be at risk of exposure to toxic levels of mycotoxins, especially considering how readily exposed most of us are on a day to day basis.

How Do You Get Exposed to Mycotoxins?

Exposure to mycotoxins can occur in a few ways:

The most common route of mycotoxin exposure is through the food we eat. Mycotoxins are one of the most frequently occurring natural contaminants in food. With an estimated 25% of crops being contaminated with mold or fungal growth.1 This contamination can be further exacerbated by less than ideal harvesting methods, improper storage techniques, and/or poor processing and transportation practices.

The impact of mycotoxin exposure on human health is significant. Mycotoxins can not only be damaging to human health, but their effects can also be difficult to pinpoint. Because there are hundreds of different mycotoxins, all affecting the body in different ways, symptoms of mycotoxicosis can be hard to identify at first. Exposure to mycotoxins can cause:2

Mycotoxins have also been shown to cause serious and even deadly conditions such as:2

To make matters more complicated, they can target certain body systems and make pinpointing mycotoxins as a root cause even more challenging. To learn more about mycotoxins’ effects on the body I recommend reading Mycotoxins: How These Invisible Toxins Are Wreaking Havoc On The Gut and Mycotoxins And Your Brain: How Invisible Fungus Can Cause Brain Fog And More.

Because they’re produced by a variety of different fungal species, have a diverse chemical structure, and a wide range of biological effects on the human body, scientists have still not agreed on a single classification system for mycotoxins. So, for now, we can’t separate them into different groups and have to look at them individually.

Here’s a look at some of the major mycotoxins known to have a negative impact on human health:3

Some of these potent toxins could be hiding in the foods you have in your kitchen right now.

While maximum allowable levels of mycotoxins in agricultural and food products have been established internationally, mycotoxin exposure is still much more common than most people realize. Most foods can potentially contain mycotoxins depending on agricultural practices and storage conditions, but certain food products are more likely to be contaminated. Some of these food products include:3

What’s worse, is maximum allowable mycotoxin levels apply only to the well known mycotoxins. What no one is talking about yet, is the fact that many foods may be contaminated with “emerging mycotoxins” for which there are no regulations yet.

But the good news is, this doesn’t necessarily mean you have to avoid all of the foods on this list.

Controlling Mycotoxins on a Large Scale

Some techniques used on a larger scale within the agricultural and food industry to control mycotoxin levels include: physical removal, processing, and detoxification.3

This includes manual and/or automatic sifting through agricultural products to remove and discard any foods that are visibly contaminated. Some techniques to physically remove contaminated foodstuffs might include sorting, sieve cleaning, or even simply washing the products. This method is quite efficient, but only works to decrease the overall average level of contamination rather than eliminating mycotoxins entirely.

This might include processing methods such as milling, dehulling, steeping, or extrusion. Food may also be further processed to kill off remaining mycotoxins with other methods such as:

The chemical reactions that occur with these treatments decrease the amount of mycotoxins in the food.

How to Protect Yourself From Mycotoxins

While it’s impossible to completely eliminate exposure to all mycotoxins, there are steps you can take to limit your exposure.4

If you’ve been struggling with the negative effects of chronic exposure to mycotoxins, it might also be a good idea to look at ways you can help your body begin properly detoxing.

Healing After Exposure to Mycotoxins

If you’re struggling with mold illness it’s particularly important to minimize potential new exposures and detox your body from the cumulative effects of chronic mycotoxin exposure. Here’s what I recommend:

You can learn exactly how to follow a low mold diet right here.

Mycotoxins and chronic inflammation can wreak havoc on your gut health. This creates a vicious cycle by lowering your immune function and making you even more susceptible to the gut damaging effects of mycotoxins.

Taking steps to heal your gut can give your body the boost it needs to begin healing. I recommend getting started on a quality probiotic to repopulate your gut with beneficial bacteria. I also suggest using detox binders like G.I. Detox and Coconut Charcoal to aid in the elimination of toxins from the gut.

Give Your Body Support to Detox

There are some ways to enhance your body’s inherent detoxification capabilities. I recommend using:

While oral ingestion through contaminated foods is the most common source of mycotoxin exposure, it’s critical to address any other potential sources of exposure. Ensuring your home is mold-free and improving indoor air quality go a long way in minimizing your risk. I’ve written extensively on how to eliminate and prevent mold in your home in the following articles:

A Simple Solution to Detox From Mycotoxins

I know firsthand how challenging it can be to detox from mold and mycotoxins. I’ve dedicated hours researching and treating patients with mold sickness. And I’m excited to introduce a simple and effective solution to help my patients and their loved ones detox and heal from the devastating side effects of chronic mycotoxin exposure.

I’ve teamed up with Dr. Christopher Shade and Quicksilver Scientific® to bring you a comprehensive 30-day mold detox kit. This kit includes everything you need to give your body the support to eliminate toxins and begin repairing the damage.

If you or your family are suffering from mold sickness, I highly recommend this 30-day protocol to give your body the boost it needs to begin healing. You can learn more and order your own Miracle Mold Detox Kit by clicking here.

Now I want to hear from you? Are you surprised to learn that mycotoxins are so common in our food? And what steps are you taking to protect yourself and your family from the dangerous effects of mycotoxins? Share your questions and thoughts in the comments below!

The information in this article is not intended to diagnose, treat, cure, or prevent any disease state or medical condition and has not been evaluated by the <a href="https://www.fda.gov/" target="_blank" rel="noopener noreferrer">FDA</a>. This is not intended to replace any recommendations by or relationship with your physician. The references included in each article allude to the level of scientific rigor I have applied to my writing. When changes become apparent we will update the information if appropriate.