Mycotoxins and Your Brain: How Invisible Fungus Can Cause Brain Fog and More 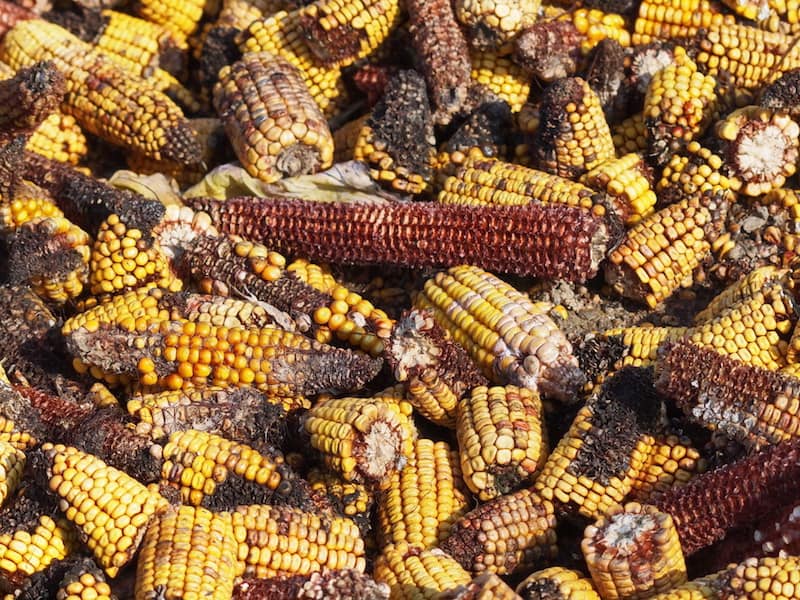 Mycotoxins can have a serious impact on our health. Mycotoxins are microscopicfungal poisons that can sneak into our bodies through the digestive and respiratory systems. They are literal poisons that have the potential to make us very sick.

What’s even more shocking is we are now finding out how certain mycotoxins have the ability to impact the brain, causing neurotoxicity.

A 2011 review in the Journal of Molecular Science examined specific mycotoxins, which are known to impact the brain.

I want to take a closer look at how certain mycotoxins cause neurological damage and what can be done to prevent these scary invisible killers from infiltrating our lives.

But first, let’s take a step back and examine the basics.

What are mycotoxins, anyway?

Mycotoxins are created by microfungi. They’re the secondary metabolites which can make you very sick. Some mycotoxins are mildly annoying, like athlete’s foot, while others can be life-threatening.

There are hundreds of factors that can impact how a mycotoxin exposure presents in your body, including:

How mycotoxins can impact your brain

Neurotoxicity refers to brain or peripheral nervous system damage. As you can imagine, it’s incredible dangerous and even deadly in some cases.

Toxins that cause neurotoxicity, or neurotoxins, can alter your brain activity through disrupting or even killing neurons.

Because each of these mycotoxins are dangerous to your brain, let’s take a closer look at where they exist, how you can avoid them, and what they do to your body.

T-2 Toxin is mostly found in corn, wheat, barley, and rice. It can infect these food items both while growing in the field and in storage. The only way to completely prevent exposure to T-2 toxin is to limit your intake of these crops.

This particular toxin has been linked to a number of diseases including alimentary toxic aleukia and red mold disease.

Symptoms by route of exposure:

This powerful and deadly toxin is bad news.

It also suppresses your ever-important glutathione S-transferases, which is needed to metabolize drugs.

And it messes with your mitochondria, leading to dysfunction. You need healthy mitochondria because they are the powerhouses of your cells. You could live weeks without food and days without water, but if your mitochondria are starved, you’ll die in seconds. This is how T-2 toxin is so dangerous.

You can be tested for T-2 toxin through your functional medicine doctor. You can have a complete panel of urinary mycotoxins through Real Time Labs or Great Plains Labs.

Symptoms of macrocyclic trichothecene exposure include:

You can be tested for macrocyclic trichothecene mycotoxins with the guidance of your functional medicine doctor. A complete panel of urinary mycotoxins can be taken through Real Time Labs or Great Plains Labs.

Fumonisin B1 is considered one of the most abundant and toxic mycotoxins.

Fumonisin B1 is mostly found in corn and in various cereals. Your best chance of avoiding this toxin is through avoiding corn and cereal products, which is a good idea anyway since most corn is GMO and heavily treated with atrazine.

Fumonisin B1 disrupts sphingolipid synthesis, which are the fatty acids primarily found in the cell membranes of nervous and brain tissues.

The symptoms of Fumonisin B1 exposure include:

Eventually, exposure to fumonisin B1 can cause death.

You can be tested for fumonisin B1 through your functional medicine doctor. You can have a complete panel of urinary mycotoxins through Real Time Labs or Great Plains Labs.

Ochratochin A is found mostly in cereals and has a very long half-life, meaning is remains in the body for a long time and accumulates in the food chain.

The best way to avoid OTA is to reduce your cereal and grain consumption. OTA is also found in wine, beer, coffee, grapes, pork, poultry, dairy, spices, and chocolate.

Ochratochin A  has been linked to kidney diseases and enzymuria. It’s also been found to be immunotoxic, neurotoxic, teratogenic, and genotoxic. OTA works through causing oxidative stress in the body, impairing your mitochondria, and inhibiting protein synthesis.

Symptoms of ochratochin A exposure include:

Ochratochin A is of particular concern because it’s believed to be responsible for significant oxidative damage to DNA, lipids, and proteins in the body. It’s believed that ochratochin A exposure can contribute to neurodegenerative disease such as Alzheimer’s and Parkinson’s disease.

I recommend being tested for ochratochin A through your functional medicine doctor if you suffer from any chronic symptoms especially brain fog. You can have a complete panel of urinary mycotoxins through Real Time Labs or Great Plains Labs.

Mycotoxins are more common than most realize

Mycotoxins are relatively unknown and yet they continue to impact our health in a serious way. Illness caused by mycotoxins present differently depending on numerous factors. You can be tested for mycotoxin exposure with the help of your functional medicine doctor and I seriously recommend it.

Mycotoxin exposure is much more common than most realize. This is one of the reasons I recommend avoiding grains in your diet and being wary of water damaged buildings. I also recommend being tested for mycotoxins if you suffer from any chronic conditions or any of the symptoms listed above.   Talk to your doctor about how to best get an accurate test reading.  Some patients who are very toxic will not excrete the mycotoxins in the urine without pretreatment with infrared sauna or liposomal glutathione.

Awareness is also critical and so I ask that you share this article with a friend or family member who may be suffering from mysterious chronic symptoms – it could be mold exposure that’s keeping you down.

There are an estimated 84,000 chemicals in our everyday items. Download my FREE guide, reduce your daily exposure and improve your health today.

Enter now to win your free Berkey Water Filtration Sysyem (my personal favorite).
We promise never to share your email with anyone.
Reduce Your Daily Toxin Exposure!

There are an estimated 84,000 chemicals in our everyday items. Download my FREE guide, reduce your daily exposure and improve your health today.
We promise never to share your email with anyone.