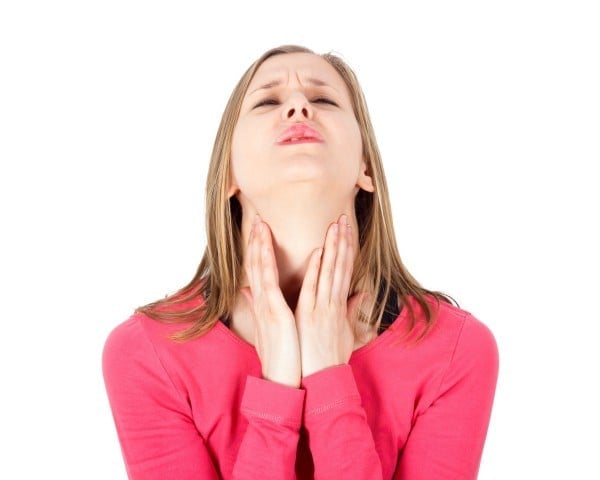 Your thyroid plays a part in nearly every metabolic process and when the thyroid isn’t working you won’t feel well!  This small gland has an average weight of 16.4 grams in the adult. Shaped like a butterfly, it lies low on the front of the neck and below your Adam’s apple and in front of the windpipe. When the thyroid is its normal size, you can’t even feel it.

The thyroid secretes several hormones, collectively called thyroid hormones. The main hormone is thyroxine, also called T4, but there are others, including T3 and even lesser known T1 and T2.   It requires adequate selenium, iodine, zinc, B vitamins and antioxidants for optimal function.  Thyroid hormones act throughout the body, influencing metabolism, growth and development, and body temperature. During infancy and childhood, adequate thyroid hormone is crucial for brain development. Unfortunately, the thyroid gland is uniquely sensitive to drugs and environmental chemicals which may affect proper function.

More than 10 percent of the general population in the United States, and 20 percent of women over the age of 60, have subclinical hypothyroidism. But only a small percentage of these people are being treated.  It is important to ask your doctor to check you thyroid function if you feel that you are having symptoms.

Often, at first, you barely notice the symptoms of hypothyroidism, such as fatigue and weight gain.  You might simply attribute them to getting older. But as your metabolism continues to slow, you may develop more obvious signs and symptoms.

Here is a simple checklist of symptoms that may indicate abnormal thyroid function:

____ My facial skin looks or feels thinner
____ My muscles feel weak, particularly the upper arms and thighs
____ I am having difficulty getting to sleep or staying asleep
____ I feel fatigued, exhausted all the time

____ I frequently require more than 8 hours of sleep at night
____ I feel better if I am able to take an afternoon nap every day
____ I am unable to tolerate exercise
____ I have less stamina or energy than others
____ My hair is coarse and dry, breaking, brittle, falling out
____ My skin is coarse, dry, scaly, thin
____ My eyebrows are thinning, especially the outer 1/3
____ I frequently struggle with constipation or hard stools
____ I am always colder than others around me
____ I typically wear a sweater, even in the summer
____ I am having more breakouts or acne
____ I have pains, aches in joints, hands and feet
____ I experience numbness or tingling in my hands & fingers
____ I am having irregular periods (women)
____ I am having trouble maintaining erection (men)
____ I am having trouble conceiving a baby
____ I have had one or more miscarriages
____ I feel depressed most of the time
____ I feel restless, or anxious
____ I have puffiness and swelling around the eyes and face
____ My moods change easily
____ I have difficulty concentrating or focusing
____ I have more feelings of sadness
____ I seem to be losing interest in normal daily activities
____ I’m more forgetful lately
____ My hair is falling out
____ I can’t seem to remember things
____ I have no sex drive
____ I am getting more frequent infections, that last longer
____ My eyes feel gritty and dry
____ My eyes feel sensitive to light
____ I am having difficulty swallowing or feeling a lump in my throat
____ I have a hoarse or gravely voice
____ I have tinnitus (ringing in ears)
____ I feel some lightheadedness or dizziness
____ I have severe menstrual cramps

Other conditions that may be associated with thyroid dysfunction:

Family history that suggests you could have a higher risk for hypothyroidism:

Environmental Toxins May be Poisoning Your Thyroid

Many environmental factors have the potential to impact thyroid function.  Some of these factors include:

A Prescription for Hypothyroid

If you are truly suffering from hypothryoid, no amount of nutritional supplementation will replace your abnormally low levels of thyroid hormone.  Ask your doctor to do comprehensive thyroid lab testing including:  TSH, free T4, free T3, total T4, total T3, reverse T3, thyroid peroxidase antibodies (TPOs), and thyroglobulin antibodies (TgAb).  An ultrasound to evaluate the appearance of the thyroid is necessary if you are experiencing symptoms of enlarged thyroid or nodules.
Common drug options for thyroid replacement include:

References:
Could Thyroid Dysfunction Be Causing My Symptoms?
Drugs and Environmental Toxins take on the Thyroid
NEJM: Drugs that Influence Thyroid Function

Lead Toxicity: A Look at Why Lead Is so Hazardous to Your Health
June 2, 2021

Struggling With Hormonal Acne? Why It Happens and How to Treat It
March 9, 2021