Castor Oil: How It Can Heal Your Gut, Enhance Your Beauty, and Boost Your Health 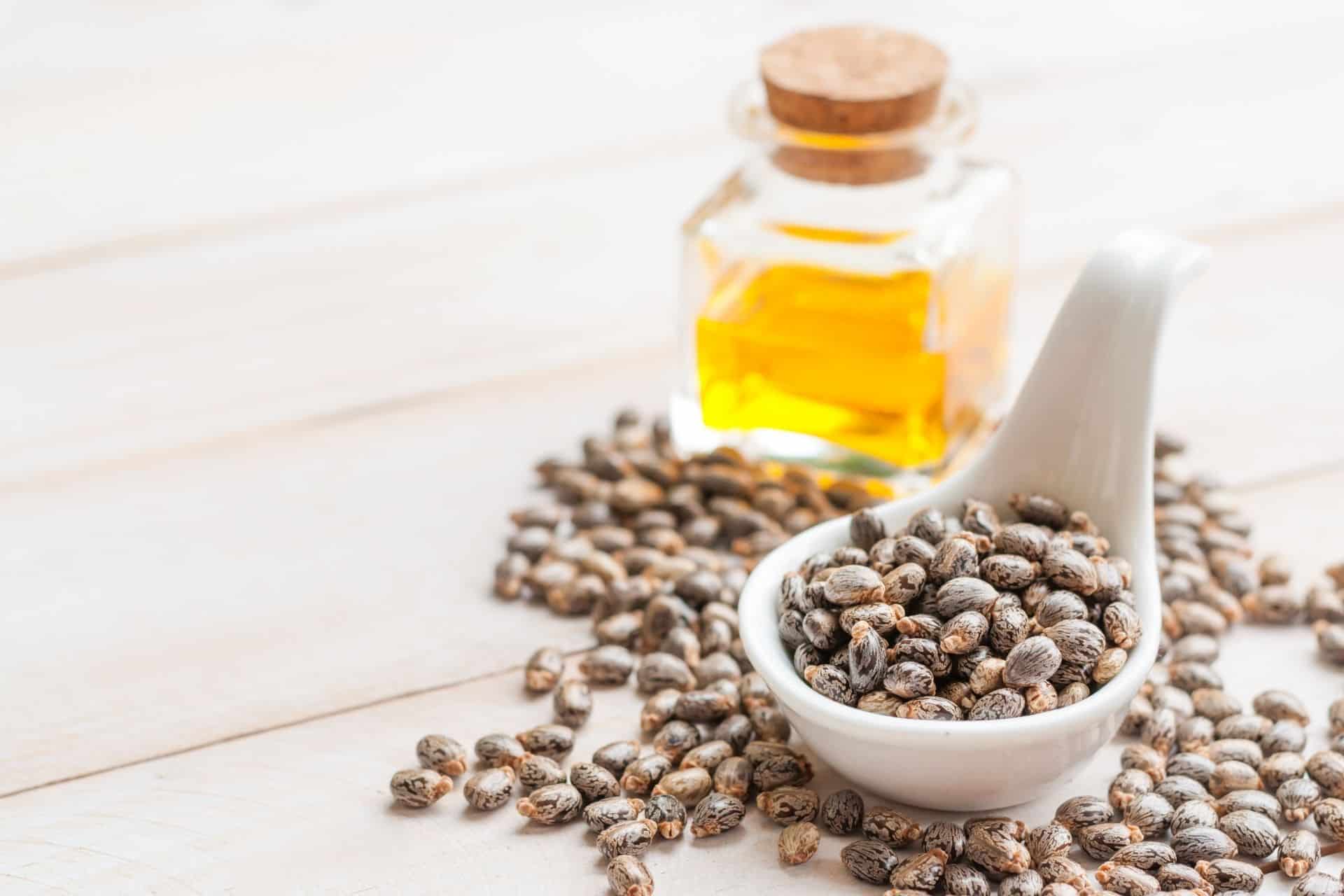 You’re probably wondering – “a spoonful of what exactly, will keep the doctor away?” I’m referring to a spoonful of powerful health-boosting castor oil.

Today we’re going to dive into exactly what castor oil is, take a look at its remarkable health benefits, and explore the best way to harness the power of this mighty oil.

What Is Castor Oil?

Castor oil, sometimes referred to as Ricinus oil, is a fatty oil that comes from a plant known as Ricinus communis, or the Castor plant. The Castor plant produces seeds that can be pressed to extract castor oil – a thick, viscous, translucent liquid rich in fatty acids.1

Castor beans and oil are primarily produced in India and Brazil, and are popular in the United States – and for good reason. Castor oil has been touted to have some pretty impressive health benefits. Let’s take a look at exactly what these castor oil uses and health-boosting effects are.

One of the main reasons castor oil is so beneficial is that it’s rich in ricinoleic acid – an incredibly potent anti-inflammatory. Castor oil benefits include:

Boosting hair growth: Applying castor oil to your scalp and hair can help you get luscious long locks in two ways. Firstly, castor oil penetrates into the hair shaft, providing moisture and flexibility – which in turn reduces breakage. Secondly, it reduces inflammation and provides moisture to your scalp, which promotes healthier hair growth.2,3

Fighting Acne: While it might sound counterintuitive to use an oil to fight acne, castor oil can actually reduce inflammation and fight off acne-causing bacteria.4,5

Relieving arthritis pain: Castor oil has been found to be helpful in addressing pain, swelling, and inflammation – particularly in conditions like arthritis. Simply applying castor oil to a painfully inflamed area has been found to significantly reduce discomfort and minimize inflammatory symptoms.6,7

Labor induction: Castor oil has been used for centuries to help pregnant women deliver by initiating labor. And multiple studies have found that ingesting castor oil can in fact help induce labor and promote a healthy vaginal delivery.8

Castor oil is chock-full of ricinoleic acid – a monounsaturated fat that has potent moisturizing capabilities. Castor oil is able to hyper-hydrate skin because it acts as a humectant – meaning it attracts water molecules both from lower layers of the skin and from the environment.9

In fact, castor oil is such an effective moisturizer, that it’s frequently used in lotions, creams, and other beauty products. The good news is, you can tap into these potent hydrating effects by slathering on pure castor oil. Plus by using this natural option, you’ll avoid the harmful chemicals and preservatives found in many beauty products. Castor oil is an all-natural way to rejuvenate your skin and get a radiant, glowing complexion.

Ricinoleic acid, the main fatty acid found in castor oil is particularly beneficial when it comes to enhancing gut health and promoting regular healthy bowel movements. It accomplishes this thanks to its ability to:10,11,12

More and more research is indicating that the health of your gut is one of the biggest indicators of your overall health. So, what’s the best way to harness the power of castor oil to keep your gut (and the rest of your body) in tip-top shape?

Well, one of the most potent ways is to use a castor oil pack.

What Is a Castor Oil Pack?

A castor oil pack is simply a “pack” soaked in castor oil that is applied topically to the skin. Once applied to the skin, the castor oil begins to permeate through your skin and into your body where it can work its magic.

All you have to do is allow the compress to sit directly against your skin and voila, you can start reaping all of the remarkable castor oil pack benefits.

Now let’s look at exactly how to make a castor oil pack on your own.

How to Make a Castor Oil Pack

Making a castor oil pack is just about as straightforward as it sounds. Simply:

While you can certainly make your own castor oil packs at home, the problem is, DIY-ing it can be messy and inconvenient. Fortunately, there’s an easier way to tap into the power of castor oil packs.

Introducing a Simpler Way to Use Castor Oil Packs

Castor oil packs have been used for centuries thanks to their healing and health-promoting properties. But this ancient healing practice has been modernized and simplified to make reaping the benefits of castor oil easier and more effective than ever before. All thanks to the Queen of the Thrones Castor oil compress pack.

This castor oil pack is:

This innovatively designed bundle is designed to make this transformational health practice easy for anyone to use. You won’t find a more effective, or more user-friendly castor oil pack on the market. You can check out Queen of the Thrones Castor Oil Packs by visiting their website here.

Now you might be wondering with all these incredible benefits, are there any risks or side effects that come with using castor oil?

What Are the Side Effects of Castor Oil?

When using castor oil, the risk of side effects is quite small. With that being said, it’s important to note that there’s a small chance of adverse reactions such as:

Overall, the risks of using castor oil are pretty minimal. This all-natural oil is a powerfully safe and effective way to tap into ancient healing techniques.

Ready to Harness the Power of Castor Oil?

Castor oil has a robust list of science-backed health benefits – making it a powerful tool when it comes to your health. If you’re ready to tap into the healing powers of castor oil, I encourage you to head over and grab your own Queen of Thrones Castor Oil Pack today.

And if you’re ready to have an arsenal of tools to add to your health-boosting tool belt, I also encourage you to check out my blog – it’s chock- full of articles just like this to arm you with the knowledge you need to optimize your health. And if you want to take it to the next level, you can sign up for my newsletter by entering your name and email address in the form below.

Now it’s time to hear from you. Were you surprised to learn about all the health benefits of castor oil? Have you incorporated castor oil into your routine yet? Leave your questions and thoughts in the comments below!