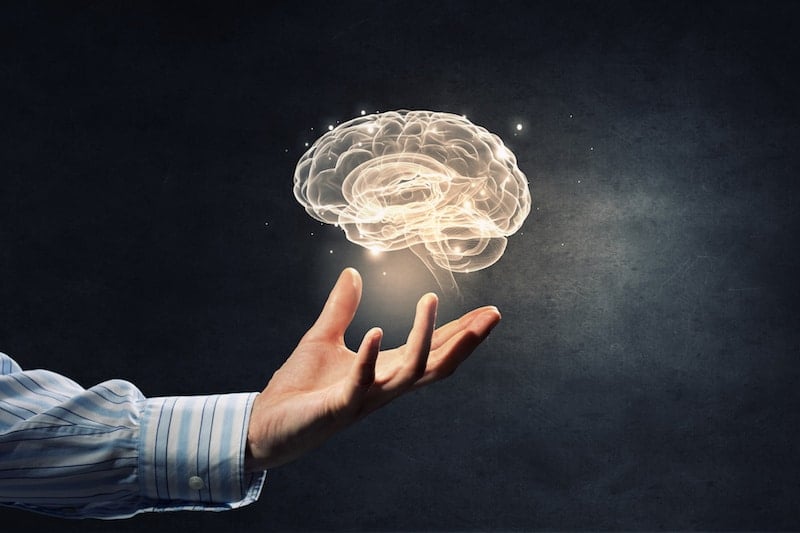 Dementia is a condition that evokes fear not only in those affected but in their loved ones as well. It’s devastating to watch someone lose their awareness and identity well before their body fails. Losing someone with Alzheimer’s can feel as though you have to go through two deaths. First the death of the mind, and then the death of the body. No one should have to experience this.

Fortunately, there is hope.

Alzheimer’s research represents some of the most exciting medical developments of our time. This condition used to be a black hole of understanding. It used to perplex the entire medical community. Alzheimer’s was a death sentence with no hope, but that is no longer the case.

Now, let’s dig deeper into the gut-brain axis. The gut is turning out to play a major role in inflammation and related conditions throughout the body, especially in psychiatric conditions.

The gut microbiome plays such a powerful role in mental health, it’s often called the ‘second brain.’ The gut and brain communicate with one another in a bidirectional manner. This may come as a surprise to you, but your brain isn’t doing all the talking. Your gut has just as much to say. This means your gut microbiome health is important to your mental health.

Because the gut microbiome plays a major role in immunity and inflammation, researchers have hypothesized that dysbiosis (gut microbiome imbalance) and leaky gut (intestinal permeability) can play a role in the pathogenesis of Alzheimer’s. When the gut becomes leaky, even translocation of microbes could play a role – this means microbes end up in parts of the body where they don’t belong.

The gut-brain axis provides new opportunities to explore treatments for these diseases. Where we once focused on treatments of the brain for psychological conditions, we are now looking for solutions in the gut and along it’s primary pathway of communication – the vagus nerve.

Your Vagus Nerve – The Line of Communication Between the Brain & Gut

The vagus nerve is a very long nerve that runs between the brain and the gut. It plays a role in the parasympathetic nervous system, which is also sometimes called the “rest and digest”  response. This system and its actions are what balance out fight or flight responses.

The vagus nerve influences many bodily functions, including:

Since the vagus nerve is the line of communication between the gut microbiome and the brain, and it plays an important role in the modulation of inflammation, therapies targeting this pathway are important for anyone interested in reducing their risk for Alzheimer’s.

How do you stimulate the vagus nerve?

Interestingly, many of these are also recommended by Dr. Dale Bredesen in his RECODE protocol –  a targeted set of recommendations aimed at preventing and reversing cognitive decline.

The gut-brain axis has also been implicated in Alzheimer’s disease when certain infections are present. Common viral species may also contribute to this mysterious disease, but only in some people.

Can Infections Cause Alzheimer’s?

There are many new theories about possible causes of Alzheimer’s, including infections. A recent NPR article called, Infectious Theory of Alzheimer’s Disease Draws Fresh Interest,  pointed out two startling statistics:

These statistics were part of the reasoning that made researchers wonder, “What if an infection could cause Alzheimer’s?” Culprits scientists identified were two strains of the human herpes virus:

Since between 75 to 90% of all adults carry these viruses, they alone don’t cause Alzheimer’s.

Similarly to how mold mycotoxins can cause inflammation and contribute to inhalational Alzheimer’s, it’s possible that infections from the microorganisms such as the human herpes virus could also cause inflammation that can lead to Alzheimer’s. It’s important to note that it’s generally accepted there is more than one cause of Alzheimer’s disease, so this yet is another piece of the puzzle.

Alzheimer’s is Complex, But We’re Unraveling it

The more variables we identify as playing a role in Alzheimer’s the closer we get to reducing its impact on our lives. Maybe one day Alzheimer’s will be a completely preventable condition.

I recently wrote about how Finland has the highest rate of dementia in the world.  Scientists believe contributing factors include:

You can read more about these variables in my article: What Does Finland’s Dementia Crisis Tell Us About This Devastating Disease?

Subscribe to my newsletter for future updates on Alzheimer’s and other important medical developments.