Hidden Toxins in Your Kitchen Cabinets 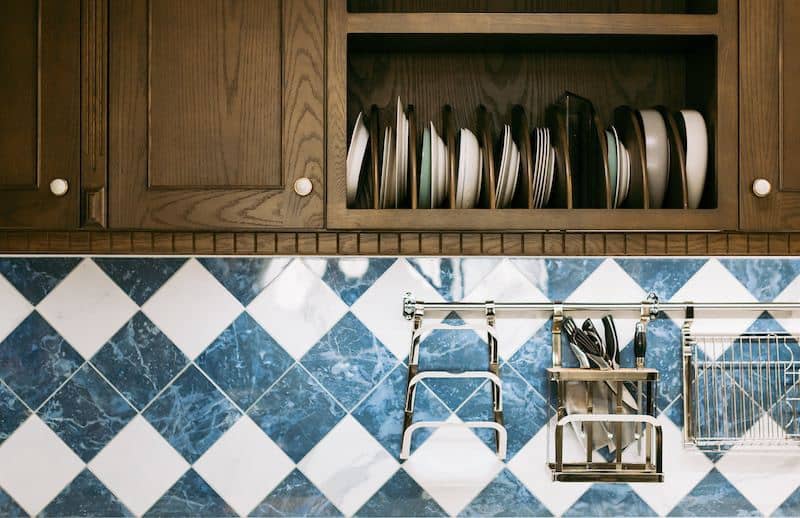 Outside your home, you may worry about whether your co-worker covered her mouth when she coughed, if that restaurant server washed his hands before touching your plate, or how often the hotel staff perform bed bug checks. But when we consider our homes, we tend to think everything is safe.

More and more we are discovering toxins in many household products and building materials. So, if you think your home is toxin-free, think again. A recently published study suggests that polychlorinated biphenyls (PCBs) – well-known neurotoxins and carcinogens –  may be lurking in the place you’d least expect: your kitchen cabinets.

PCBs are a class of synthetic organic chemicals that have 1 to 10 chlorine atoms attached to a biphenyl molecule. This allows for the possibility of a large number – 209 to be exact – of chlorinated compounds, each of which are called congeners.

They were so extensively used in the 1950s through the 1970s that it is estimated that over 1.3 million tons of PCBs were produced worldwide under many trade names, such as Aroclor (Monsanto Industrial Chemicals Company). An Aroclor mixture may consist of many different individual congeners, although just a few might make up over 50% of the mixture.

Due to growing environmental and health concerns related to the persistence and bioaccumulation of PCBs and their metabolites, many countries, including the U.S., banned their manufacture and use in the late 1970s.

Despite the gradual phasing out of PCBs, they remain a ubiquitous environmental pollutant. The presence of PCB congeners have been detected in non-Aroclor sources, such as modern pigments.

How Do PCBs Affect Your Body?

When PCBs are released into the environment from improper disposal or leaks from electrical equipment, they are easily transported to surrounding areas by cycling through air, water, and soil. They are then taken up by aquatic organisms, fish, and farm animals.

In the past, you may have heard or read somewhere that you shouldn’t consume too much of certain fish species because they were contaminated with PCBs. Well, that advice was right.

Like the pesticide DDT (also an organochlorine compound) that killed many wildlife before its ban in the 1970s, PCBs are also very persistent. And because they are resistant to chemical and biological degradation, PCBs can quickly accumulate in animal tissues. So, the further an organism is up on the food chain, the more likely it is to have higher levels of PCBs – due to bioaccumulation .

Adverse effects of PCBs and their metabolites to human health include neurotoxicity, immunosuppression, thyroid toxicity, carcinogenicity, and effects on reproductive and endocrine systems.

PCBs have also been found in human blood and breast milk worldwide. Numerous human and animal studies have established transplacental passage of these contaminants as well as their long-lasting effects on neurodevelopment, even at low levels of exposure.

What Does This Have to Do With Your Kitchen Cabinets?

So far, we’ve seen that PCBs can quickly accumulate in your body and the environment. But they can also be present in any building – including your home.

In a recent study, researchers from the University of Iowa detected PCBs 47, 51, and 68 in 16 recently constructed residences.

While these congeners are often found in trace levels in polymers, they contributed to an average of 21% mass fraction to the sum of detected congeners, or about a fifth of the total concentration of PCBs. These findings were surprising not only because the levels were much more significant than expected, but because they also could not be attributed to any known Aroclor mixture or non-Aroclor source.

Upon directly measuring the surface emissions in the kitchen, they saw that the PCB emissions were the highest from the finished cabinet, followed by the floor, painted wall, the stovetop, and unfinished cabinet. The unfinished cabinet had no measured emission. This caused researchers to hypothesize that PCBs 47, 51, and 68 are “inadvertent byproducts” of wood finishing products used in the general cabinet manufacturing process.

Like many PCBs, all three of these congeners have neurotoxic potential. However, it is difficult to say how much or what type of effect they will have because the effects of inhaled PCBs is not fully understood.

What Can You Do to Reduce Your Exposure to PCBs?

If you believe that you have been exposed to PCBs, don’t panic. There are several steps you can take to address the issue.

The consequences of exposure to PCBs via inhalation is not fully understood. Some studies indicate that airborne PCBs are lower chlorinated, and thus may be more readily metabolized. However, prolonged exposure may result in higher levels.

Kitchen cabinets are not the only source of indoor air pollution in our homes. You can read more about that in my article here: Is The Air in Your Home a Cloud of Pollution?

I strongly recommend the Austin Air Healthmate Plus for filtering air in your home or office. I use these air filters myself, which is why I partnered up with them so you can get 10% off if you call my office to order:  303-993- 7910

Share this article to help raise awareness of possible toxins in your home!