Is LaCroix Good or Bad for You? Who’s Right? 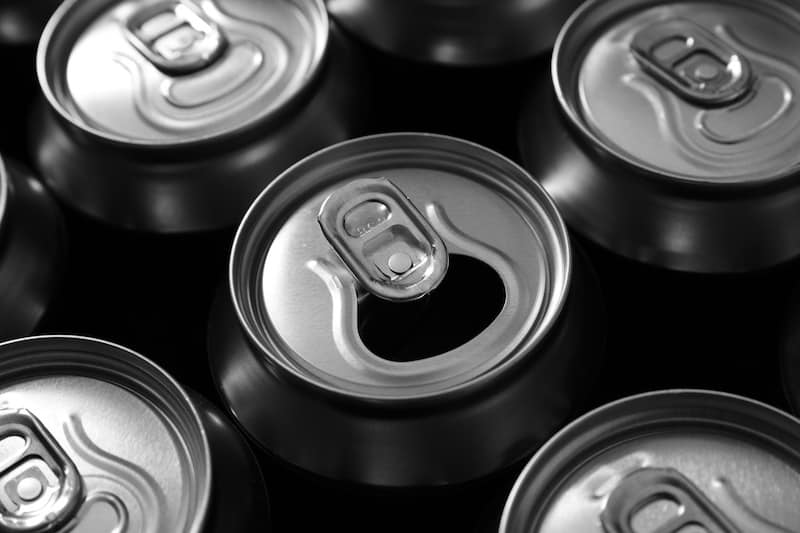 LaCroix is a zero-calorie fizzy water that claims to be all natural and has earned a cult-like status among millennials in recent years. This ever-so-slightly flavored water has been around for over 30 years but recently became more than a household favorite. LaCroix has been at the center of pop art, clothing lines, Halloween costumes, and parodies.

But a recent lawsuit threatens to knock this beverage giant down a notch. Recently, a law firm announced that they are suing the makers of LaCroix for it’s “all natural” claims. In a press release, they go on to say that some of the chemicals found in LaCroix are “used in cockroach insecticide.”

What is going on here?

Is LaCroix blatantly misleading the public?

Turns out, the answer isn’t so clear-cut.

What’s In a Can of LaCroix?

I’ve always loved that LaCroix provided a good alternative to sodas and was also free of artificial sweeteners but I also wondered why they were so secretive with their manufacturing process. Sure, they need to protect their formula but the degree to which they remain ever-so quiet about the nature of their flavorings has people asking, “What’s in a can of LaCroix, anyway?”

Now with this lawsuit, LaCroix makers are probably going to have to start answering questions.

While I’m glad to see that there will likely be a closer look at LaCroix’s ingredients due to this class-action lawsuit, based on everything I’ve seen so far it looks like the allegations don’t carry much weight. I’ve long been suspicious of the generic “natural flavor” listed on LaCroix’s ingredients. Even when you try to dig deeper on their website, they say:

“The flavors are derived from the natural essence oils extracted from the named fruit used in each of our LaCroix flavors. There are no sugars or artificial ingredients contained in, nor added to, these extracted flavors.”

This has been enough for many but these new allegations are raising eyebrows… but do they hold any weight?

The “Cockroach Insecticide” in LaCroix is Actually Naturally Occurring

Here are the chemicals in question and their potential harms. Beaumont Costales are claiming LaCroix contains:

They go on to say that these chemicals “have been identified by the Food and Drug Administration as synthetic.” But these chemicals are 100% naturally occurring in many fruits and are the active components in many essential oils.

Here’s another look at these same components with the help of the National Insititute of Health’s U.S. National Library of Medicine’s PubChem Database:

From this angle, it feels like Beaumont Costales lawsuit is somewhat of a witch hunt. That being said, the idea that LaCroix is a totally natural and an innocent brand isn’t totally the case either.

Bisphenol A (BPA) is a common chemical found in plastics and can linings. BPA is an endocrine disruptor and has been associated with oxidative stress, infertility, and other reproductive issues. The worldwide use of BPA makes up a $14 billion industry, meaning is not something that will go away overnight because many manufacturing industries rely on it so heavily.

Because BPA is commonly found in can linings this whole class-action lawsuit had me wondering if BPA is in their cans. On the LaCroix website, they look as though there are going to address the question as to whether there BPA in their cans. Yet, their response is nothing more than them avoiding answering it explicitly while trying to downplay how bad BPA is (in fact, all of their responses are suspiciously vague).

“Do LaCroix cans contain BPA or have a coating with BPA in it? All LaCroix products meet the guidelines set by the FDA and are completely safe to drink. Recently, media reports have raised questions about the use of bisphenol A (BPA) by can and bottle manufacturers. While can linings may contain trace amounts of BPA to prevent spoilage and protect food and beverages from direct contact with the can, these trace amounts are virtually eliminated during the curing process. The FDA website reports on a four-year study completed in 2014 that reaffirms that BPA is safe at the current levels occurring in foods. The European Food Safety Authority also updated their approval of BPA for food contact in 2014, concluding that BPA “poses no risk to human health from foodstuffs because current exposure to the chemical is too low to cause harm”.

This is concerning because BPA is, in fact, toxic to the human body and companies continue to try and downplay this. I don’t want to sidetrack too much from the lawsuit at hand, so if you’d like to read more about BPA I encourage you to check out my article, Our Plastic Problems Go Beyond Straws.

Water, Water Everywhere – Who to Trust?

It’s not just LaCroix that’s under scrutiny. In the past, other bottled water brands have been guilty of contaminants. An investigation found that 10 major brands of bottled water had a wide range of pollutants. Some of these included pharmaceuticals, heavy metals, fertilizers, and industrial chemicals such as solvents propellants and plasticizers. Yikes! It can be so frustrating to find out when you’re reaching for a cleaner version, you’re actually ending up with more contaminated water.

So what are we to do?

Having clean water is one of the best things you can do for your body but it’s often overlooked. While we are incredibly fortunate to have access to drinking water, most municipalities water supply aren’t as good as they should be. Pharmaceuticals, pesticides, and other contaminants often show up in local tap water testing. And as you saw above, bottled water can be iffy too. This is why I recommend the Berkey filter, which is the ultimate water purifier.  With the Berkey filter, you have a piece of mind knowing that you’re drinking the highest quality, purest water possible.

Berkey filters are definitely an initial investment, but because of how long they last they usually pay for themselves within a few months. Not only do you get high-quality water with your Berkey filter, but it also makes your water taste downright delicious.

Interested in how your favorite water stacks up against the competition? I wrote about LaCroix and more a few months ago in my article: The Low Down on Water: Mineral, Sparkling, and pH. Here you will find out what water I think is the best and why.

You can also check out my article, Drinking Pure Water: An Overlooked Key to Optimal Health for a bunch of quick and fun facts about your body and how it uses water.