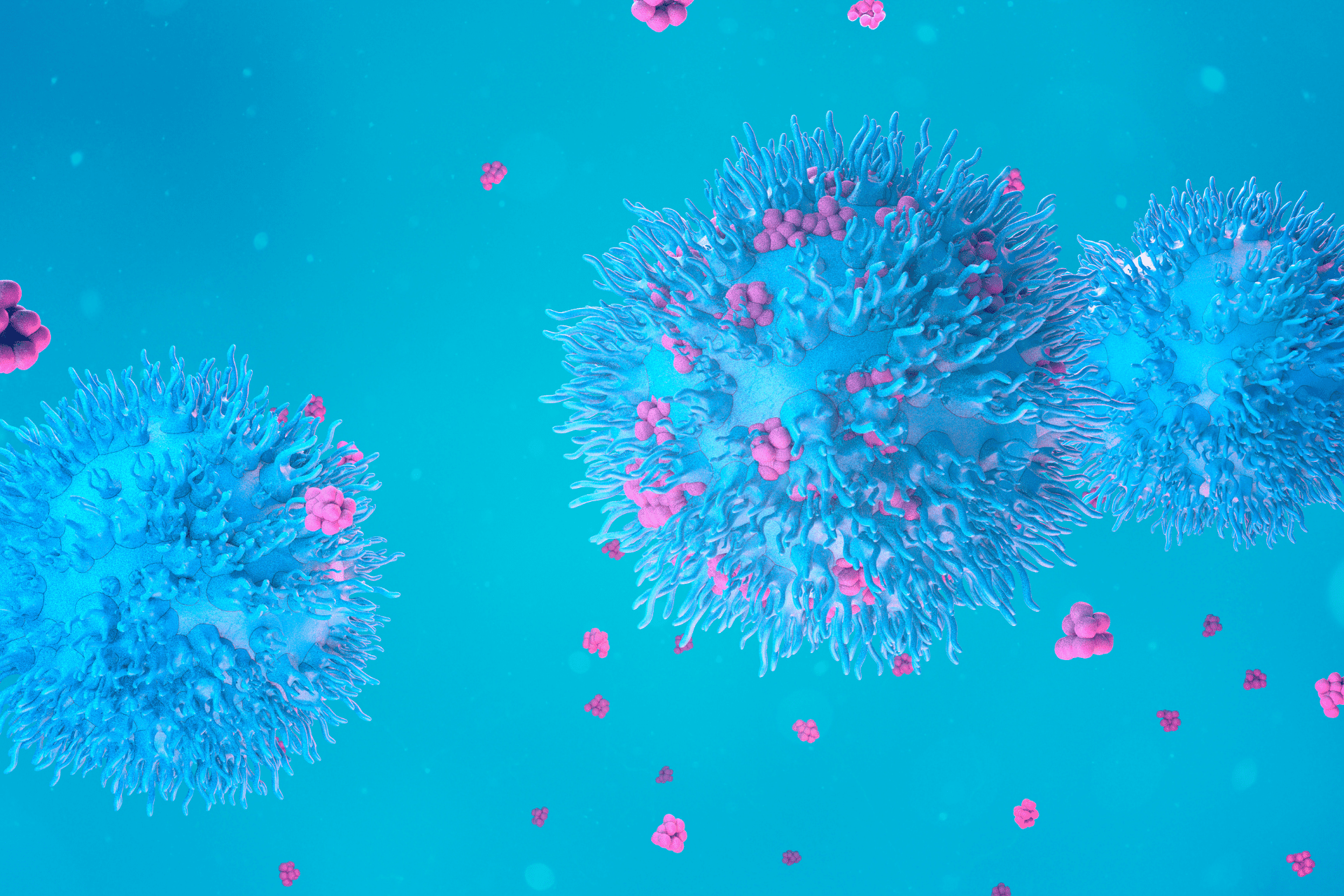 Today we’re going to explore exactly what this protein does, what happens when it gets too high, and some underlying triggers that can cause TGF beta-1 to become elevated. Let’s dive in.

All of these isoforms use the same receptor signaling pathways – meaning they all bind to or fit into the same cellular receptors to trigger a response. All three transforming growth factor beta isoforms are present in humans. Virtually every cell in your body produces and contains receptors for TGF beta isoforms. But of the three isoforms, transforming growth factor beta-1 is by far the most abundant and ubiquitous form.

What Does TGF Beta-1 Do?

TGF beta-1 plays an important role in a number of cellular functions, including:3

Because it impacts so many cellular functions TGF beta-1 plays a particularly important role in things like:

But exactly what effect TGF beta-1 has is incredibly context-dependent – meaning that too much or too little of this protein can have detrimental effects. Let’s take a look at some of the effects of an upregulation of TGF beta-1.

TGF Beta-1 Upregulation: What Happens When TGF Beta-1 Levels Are Too High?

Before we look at what happens when TGF beta-1 upregulates, let’s first answer the question, what is upregulation? In simplest terms, upregulation is when a cell increases its response to certain stimuli – or becomes more sensitive to a certain signal by increasing the number of receptors available for a certain protein to bind to.4

So what exactly causes an upregulation of TGF beta-1?

While elevated levels of TGF beta-1 have been closely linked to a number of conditions, it’s important to separate the difference between causation and correlation. TGF beta-1 levels may be upregulated in certain disease states, but that doesn’t necessarily mean that this cytokine is the cause of the condition.

With that being said, research has found that there are a few things that can cause an increase in TGF beta-1 and trigger inflammation.

Exposure to toxic mold has been directly linked to an increase in TGF beta-1 and the development of chronic inflammatory response syndrome (CIRS). To learn more about CIRS and mold exposure, you can head over and check out the following articles:

But mold exposure isn’t the only factor that can cause an upregulation of TGF beta-1.

Studies have found that low oxygen levels, also known as hypoxia, can trigger the secretion and synthesis of TGF beta-1.10 But what exactly causes hypoxia? There are countless things that can cause an issue with your oxygen supply and cause you to become hypoxic – but they all fall under one or more of the following three issues:

One lifestyle habit that can contribute to conditions that lead to hypoxia, as well as a spike in TGF beta-1, is smoking.

Studies have found a direct correlation between cigarette smoke and an upregulation in the TGF beta pathway. In fact, it’s believed that the oxidative stress and the spike in TGF beta-1 induced by cigarette smoking is a major contributor to some of the complications seen in long-term smokers – like fibrosing of the lungs and chronic airway diseases like emphysema and cystic fibrosis.11,12

Psychological stress is an often overlooked aspect of health that can have a monumental impact on hormones, your immune system, and the regulation of important signaling molecules – including TGF beta signaling. Studies are finding more and more evidence that psychological stress can cause a direct spike in proinflammatory cytokines like TGF beta-1.13

So, How Worried Should I Be About TGF Beta-1?

So should you be worried about TGF beta-1? The answer is – not necessarily.

You see, because elevated TGF beta levels are typically in response to a deeper issue – this itty-bitty protein can actually be really helpful in cluing us in when something is wrong.

Bodies are complex and intricate. There’s rarely one single thing that throws your body off-balance enough to cause disease. So if TGF beta-1 is elevated, it likely means there’s a bigger lifestyle issue causing inflammation that needs to be addressed. And the good news is, you have a ton of power over all of the lifestyle factors that directly impact your inflammation and TGF beta-1 levels.

When It Comes to Your Health, You Are In the Driver’s Seat

Just like there’s not a singular trigger that throws your body into a state of disease, there’s not one singular thing that’s going to create true health and vibrance. True well-being and vitality require a big-picture, whole-life approach that encompasses how you eat, move, sleep, and think.

And that’s why I’m dedicated to bringing you the resources and knowledge to create a foundation of health in a way that’s unique to your individual body and life. So, if you enjoyed this article and are looking for ways to make your health a priority – without feeling overwhelmed – I encourage you to head over and browse through my blog. It’s full of hundreds of articles to keep you informed so you can live your healthiest life.

And if you want to take it to the next level, you can sign up for my email newsletter to get my best tip, tricks, and resources delivered straight to your inbox every week. All you have to do is enter your name and email address in the form below.

Now it’s time to hear from you. Were you surprised to learn about the underlying causes of elevated TGF beta-1? What are your favorite ways to prioritize your health right now? Leave your questions and thoughts in the comments below!

Hack Your Sleep: 6 Tips to Help You Sleep Better Naturally
May 4, 2022

How Mycobacterium Might Contribute To Your Inflammatory Bowel Disease
March 18, 2022

Are Breast Implants Safe? How the Chemicals in Implants Affect Your Health
February 16, 2022

Are Probiotics Worth the Hype? Can They Really Fight Viruses and Germs?
January 19, 2022