Zonulin: A Discovery That Changed the Way We View Inflammation, Autoimmune Disease and Cancer 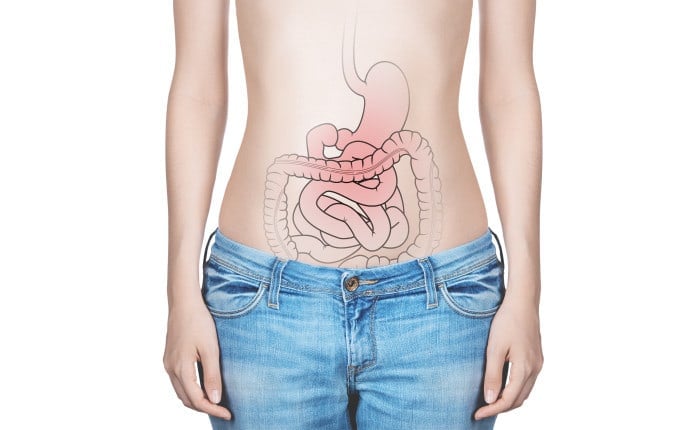 An amazing discovery a few years ago revolutionized our ability to understand the gut and permeability and how this impacts a wide range of health conditions from cancer to autoimmune disease to inflammation and food sensitivities.

This little molecule, Zonulin, has quite a story… 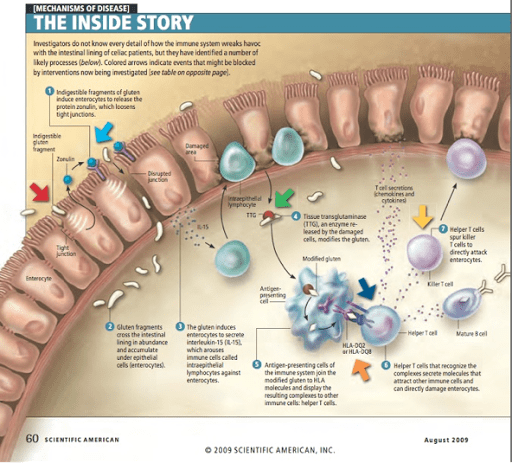 Zonulin Is The “Doorway” To Leaky Gut

Zonulin opens up the spaces between the cells of the intestinal lining. That normally occurs, in order for nutrient and other molecules to get in and out of the intestine. However, when leaky gut is present, the spaces between the cells open up too much allowing larger protein molecules to get into the bloodstream where an immunologic reaction can take place. Once that happens, the body is primed to react to those proteins each and every time they appear.  It can also cause leakage of intestinal contents, like bacteria into the immune system creating inflammation and overloading the liver’s ability to filter out this garbage.

Triggers That Open The Zonulin Doorway

Based on Dr. Fasano’s research, we know that the two most powerful triggers to open the zonulin door are gluten and gut bacteria in the small intestine.  Gliadin causes zonulin levels to increase both in those people who have celiac disease and those who do not.  As the zonulin level rises, the seal  between the intestinal cells diminishes, opening up spaces between cells that allow all sorts of things to pass right through.  This is called “leaky gut”.  Its as if the security guard that keeps the bad guys out is taking a nap! Sometimes large food molecules will pass through to the immune system.  The immune system thinks they are foreign invaders and will mount an immune response leading to food sensitivities.  In addition this immune activation leads to more damage to the intestinal cells (called enterocytes) and the gut becomes more inflamed and more permeable or “leaky”.  As the damage continues, the microvilli that line the intestines and absorb nutrients become damaged, leading to other nutrient deficiencies.

Top Causes of Increased Zonulin and Development of Leaky Gut:

Gliadin is a protein in wheat, that like gluten, is a trigger for people with celiac disease. However, a study published in the Scandiavian Journal of Gastroenterology in 2006 clearly showed that gliadin can affect zonulin even in people without the gene for celiac. The researchers concluded that

Based on our results, we concluded that gliadin activates zonulin signaling irrespective of the genetic expression of autoimmunity, leading to increased intestinal permeability to macromolecules.

The significance of this is that gluten affects intestinal permeability in all persons to different extents.  It also means that 100% of patients with autoimmune disease or leaky gut could potentially benefit from a gluten-free diet.

Elevated Zonulin Levels And Leaky Gut Are Also Associated With The Following:

In conclusion the article states:

Genetic predisposition, miscommunication between innate and adaptive immunity, exposure to environmental triggers, and loss of intestinal barrier function secondary to the activation of the zonulin pathway by food-derived environmental triggers or changes in gut microbiota all seem to be key ingredients involved in the pathogenesis of inflammation, autoimmunity, and cancer. This new theory implies that [once this path is activated] it can be… reversed by preventing the continuous interplay between genes and the environment.

Zonulin and Its Regulation of Intestinal Barrier Function: The Biological Door to Inflammation, Autoimmunity, and Cancer

Abstract:
The primary functions of the gastrointestinal tract have traditionally been perceived to be limited to the digestion and absorption of nutrients and to electrolytes and water homeostasis. A more attentive analysis of the anatomic and functional arrangement of the gastrointestinal tract, however, suggests that another extremely important function of this organ is its ability to regulate the trafficking of macromolecules between the environment and the host through a barrier mechanism. Together with the gut-associated lymphoid tissue and the neuroendocrine network, the intestinal epithelial barrier, with its intercellular tight junctions, controls the equilibrium between tolerance and immunity to non-self antigens. Zonulin is the only physiological modulator of intercellular tight junctions described so far that is involved in trafficking of macromolecules and, therefore, in tolerance/immune response balance. When the finely tuned zonulin pathway is deregulated in genetically susceptible individuals, both intestinal and extraintestinal autoimmune, inflammatory, and neoplastic disorders can occur. This new paradigm subverts traditional theories underlying the development of these diseases and suggests that these processes can be arrested if the interplay between genes and environmental triggers is prevented by reestablishing the zonulin-dependent intestinal barrier function. This review is timely given the increased interest in the role of a “leaky gut” in the pathogenesis of several pathological conditions targeting both the intestine and extraintestinal organs.