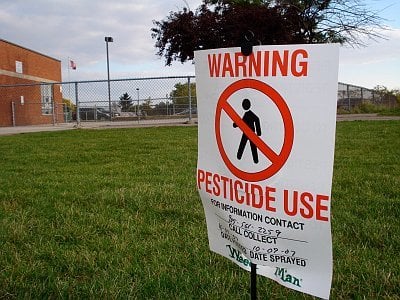 December 29, 2010 — Individuals exposed to pesticides on the job are more likely than their unexposed peers to experience a decline in cognitive function as they grow older, new research shows.
“The mild impairment we observed raises the question of…possible evolution towards neurodegenerative diseases such as Alzheimer’s disease or other dementias,” write Isabelle Baldi, MD, from the Université Victor Ségalen Bordeaux 2 in Bordeaux, France, and colleagues.

The study was published online December 2 in Occupational and Environmental Medicine.
Despite growing evidence linking pesticide exposure to neurological diseases, epidemiological data on neurobehavioral effects of chronic pesticide exposure are limited, the study team notes.  The PHYTONER study is monitoring the neurobehavioral effects of long-term exposure to pesticides in vineyard workers in southwest France. A total of 929 workers aged between 42 and 57 years enrolled in the study between 1997 and 1998.  Dr. Baldi’s team followed-up with 614 study participants between 2001 and 2003. On both occasions, the workers completed a questionnaire and 9 neurobehavioral tests that measured memory and recall skills, language retrieval skills, verbal skills, and reaction time.

All of the participants have worked in agriculture for at least 20 years. They were grouped into 4 categories of on-the-job pesticide exposure: directly exposed (mixing or applying pesticides, cleaning or repairing spraying equipment; n = 336), certainly indirectly exposed (contact with treated plants; n = 107), possibly indirectly exposed (work in building, offices, cellars; n = 52), and not exposed (none of the above; n = 119). The analysis did not focus on specific pesticides.  On both testing occasions, lower scores in some or all of the cognitive tests were associated with older age, lower education levels, excessive alcohol intake, depression, and drug use, which was not unexpected, the researchers note.
In follow-up testing, the risk for scoring low on a cognitive test was higher in exposed subjects, with odds ratios ranging from 1.35 to 5.60.

In addition, when the authors compared baseline test scores with follow-up test scores 4 to 5 years later, they found that exposed workers had the greatest decrease in performance with time.
In all but 2 of the tests, those who had been exposed to pesticides were most likely to perform worse the second time around compared with nonexposed workers.  “This result is particularly striking in view of the short duration of follow-up and the relatively young age of the participants,” Dr. Baldi and colleagues write.  They point out that no decline in MMSE scores was seen over the course of 5 years in a separate longitudinal study of cognitive test performance in a general, dementia-free French population aged 65 years and older.  “The observed decline in pesticide-exposed subjects on the MMSE, a composite measure reflecting global cognitive deterioration, cannot therefore be considered a sole effect of ageing, especially since the subjects were relatively young,” they say.

The current findings, Dr. Baldi and colleagues say, are consistent with several previous studies in pesticide-exposed farm workers. In addition, in a recent review of 21 relevant studies on the cognitive effects of chronic pesticide exposure, 76% found positive associations with some tests, and 82% found a relationship with psychomotor function (Kamel et al. Environ Health Perspect. 2004).

Dr. Baldi said the second follow-up of the PHYTONER cohort began this year, a full 12 years after baseline. This time lag, she said, should provide a better understanding of cognitive impairment and its evolution in pesticide-exposed vineyard workers. It is also possible that the first cases of Alzheimer’s disease among the study group will be identified, as they will be close to 65 years old.
Occup Environ Med. Published online December 2, 2010.