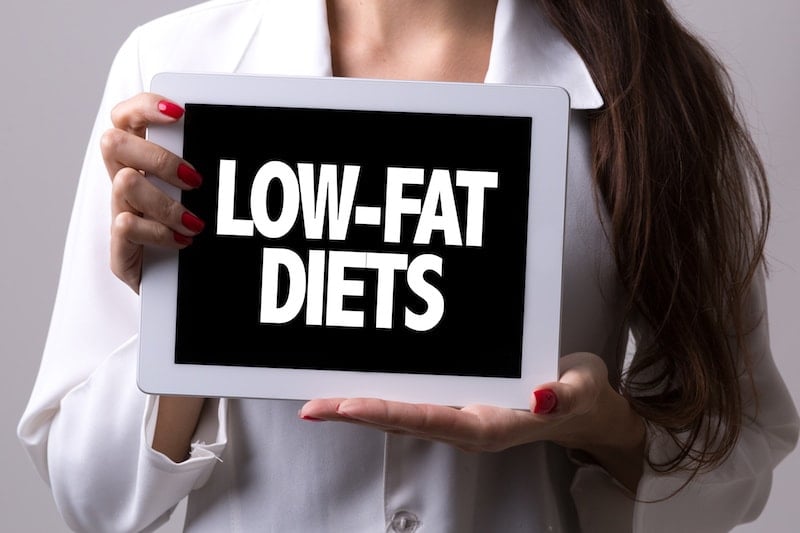 As you probably know, I’m a huge proponent of having plenty of healthy fats in your diet. People have been incorrectly cutting fat to dangerously low levels for far too long.

This old school and precarious advice came about because it was far too easy for us to believe this simple and misleading equation: fat intake = fat on the body.

But we now know this fat fable isn’t true.

Our bodies are much more complex than this. We need fat to create hormones, maintain healthy cell membranes, and have excellent neurological function.

Notice I didn’t say decent or good neurological function, and that’s because fat has been shown to crush neurological disorders.

I want to shout it from the roof tops: FAT IS GOOD!

A study which was released August 29, 2017 examined the dietary habits of 135,000 people and came to the resounding conclusion that… drum roll please…

“High fat intake – including saturated fat – was associated with a reduced risk of mortality.”

Furthermore, this study found that a high carbohydrate diet increased the risk of mortality. Though it did not distinguish between the processed and unprocessed carbohydrates.

This is great news because it backs a pivotal recommendation my colleagues and I are impressing upon the mainstream.

It essential for the health of our society to destroy the belief that fat is resoundingly bad.

Remember the backlash the recent American Heart Association report received when it recommended against fat and coconut oil? This new study directly contradicts the major points of that report and supports concepts most functional medicine doctors know to be true.

This study is HUGE news!

So, without further ado, let’s dig a little deeper and discover what this study means for you and your health.

What The PURE Study Means for You…

One of the most powerful aspects of the PURE study is its sheer magnitude. The PURE study followed 135,000 people from 18 countries over 7 years.

Saturated fat has been the unjustified villain of cardiovascular health for the past 60 plus years. We know cardiovascular disease is caused by inflammation, not fat buildup in the arteries, and yet many remain mislead.

Beyond the benefits of a high fat, low carb diet, here are three other important findings from this study:

It’s significant this study examined these factors as a “big picture” concept because they interact within the body in balancing relationships – their ratios are indicators of health. And to look at any one factor individually would contribute to the disproportionate and misleading information, which is exactly what the American Heart Association does.

I found it interesting that this study took a direct dig at the recent AHA report. The researchers called out the AHA recommendations and declared their findings to be in “direct contradiction” to their advice.

The leader of the PURE study, Dr. Salim Yusuf, made the poignant comment, “The AHA guidelines are not based on the best evidence – saturated fat was labeled as a villain years ago, and the traditional church kept on preaching that message. They have been resistant to change.”

What Do Skeptics Have to Say?

As always, it’s best to examine data with a balanced lens. And while I do believe this study is substantial in its support for fat, especially saturated fat, there are a few concerns worth addressing.

Firstly, the AHA directly responded to this study, saying that because it used questionnaires it should be interpreted with caution. But the sheer scope of this study in both the number of participants and duration of time is what allows statistics to do its job. When you have a study with numbers of such abundance, statistically relevant information and outliers can be carved out, leaving us with big picture conclusions.

Secondly, Dr. Laura Mauri asked how this study can be stacked up against randomized trials like the PREDIMED study of the Mediterranean diet. Randomized trials have always been tricky to conduct on a large scale because nutrition is inherently complex. The PURE study is a massive observational study with biomarkers and statistically relevant adjustments, which gives it authority.

Ultimately, this study is an in-depth analysis and challenge of modern nutrition recommendations.

Would we benefit from well-designed, randomized, and controlled trials? Absolutely. We could always use more studies, but until then the PURE study serves as a strong opponent of conventional diet recommendations.

It is my hope we can live better lives, empowered with accurate information about our health. Share this important study with your friends and family so together we can squash the belief that fat is bad!

Honey: A Look at the Impressive Antiviral Effects of This Sweet Treat
July 19, 2021

The Sweet (and Not-So-Sweet) Truth About Sugar Substitutes
January 25, 2021