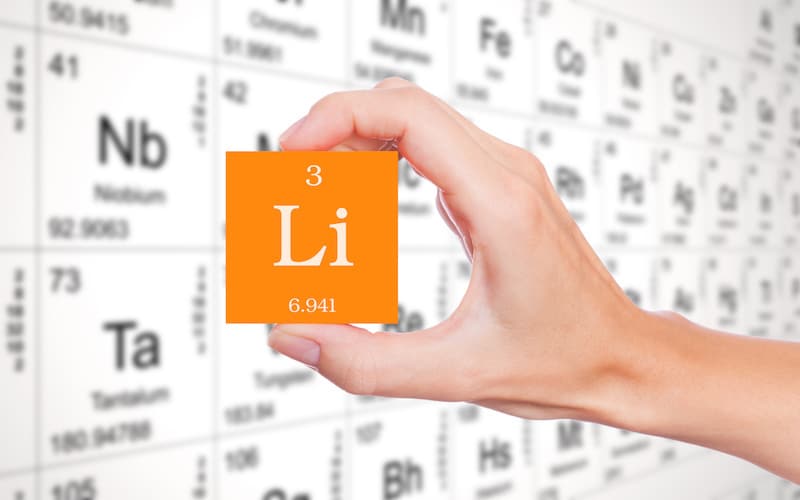 Lithium is a misunderstood naturally occurring element that’s used as a medication. It’s known for its mood stabilizing properties as a psychotropic drug. While you probably consider lithium to be a serious mind altering medication, the fact of the matter is lithium can often be found in low levels in our drinking water ranging from trace amounts to 0.17 mg/L.

You might think of bipolar disorder when you think of lithium because high doses can be used to treat psychiatric conditions. So finding out lithium is in your water in low doses may shock you at first, but research indicates certain types of lithium in low doses may actually be incredibly beneficial to our health.

The word lithium is often used interchangeably to refer to a number of different chemical compounds. True lithium is a silvery alkali metal but it almost never occurs freely in nature. Instead, lithium binds readily with other elements. When it comes to lithium used for human health, the most common forms are:

The thing about lithium orotate is most of the research done on it occurred between 1973 and 1986 on neurological conditions. Because of its relative safety, lithium orotate supplements remains an over-the-counter and in some cases is used for dementia, alcoholism, and depression.

Lithium also has some pretty famous side effects including weight gain, feeling zombie-like,  and thyroid issues. But it’s important to note that most of lithium’s negative side effects are dose-dependent and factors that can be monitored. Meaning, low dose lithium provides a unique opportunity for many health conditions under the guidance of an experienced practitioner.

Here are some of the health benefits of low-dose lithium we know of today.

In one study, lithium appeared to have neuroprotective effects against nervous system autoimmunity. This animal study observed lithium suppressed IFN-γ production, which is associated with Alzheimer’s disease.

Lithium is most famous for its antipsychotic effects in bipolar patients. Because of these mood-stabilizing effects, lower lithium dosage are being explored in people with anxiety. Lithium has been shown in studies to calm manic behavior associated with anxiety, bipolar disorder, and even attention deficit disorder (ADHD).

Even though many low dose lithium for anxiety studies include more extreme cases and often use lithium carbonate, which is the considerably more aggressive form of lithium –  I personally know many practitioners who are using low-dose lithium orotate for anxiety.

Low-dose lithium appears to be very effective in treating depression. Some studies have even found that low-dose lithium is equally as effective as a higher dose without as many of the unwanted side effects.

Low dose lithium increases 5-HT neurotransmission in animals, which is a group of serotonin (your “happy” neurotransmitter) receptors. This effect causes antidepressant activity in the brain, which is how low-dose lithium combats depression.

The effects of low dose lithium on the brain are downright fascinating. Low dose lithium has been shown to stabilize mood, be neuroprotective, and there are even small studies and anecdotal stories of lithium improving Alzheimer’s disease, Huntington’s disease, and Tourette’s syndrome.

While we could definitely use more studies on the effects of low dose lithium on the brain, the potential to boost cognitive function is promising. Lithium appears to increase brain-derived neurotrophic factor (BDNF), which is essential to proper brain function. Lithium also appears to inhibit glycogen synthase kinase-3 activity, which is involved in intracellular signaling.

Lithium also inhibits N-methyl-D-aspartate receptor-mediated calcium influx, which has been associated with the hallmark symptom of Alzheimer’s disease. Finally, lithium also suppresses calcium-dependent activation of pro-apoptotic signaling pathways, which a very scientific way of saying it helps to keep cell death in check.

In 1990, researchers examined the different rates of lithium in the drinking water of 27 Texas counties. They found that counties with the least amount of lithium had significantly higher levels of suicide. In counties where lithium levels were highest, there were 40% fewer suicides!

In 2013, a similar study was done in Japan that found lithium in drinking water had a protective effect against suicide risk in women. While I am definitely not implying we should start adding lithium to our water, these studies do indicate low dose lithium is a novel treatment we should be considering when it comes to many neurological conditions. 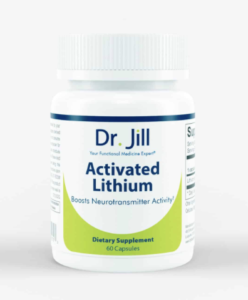 Want to try it yourself?

You can read more about low dose Naltrexone here.

How Mycobacterium Might Contribute To Your Inflammatory Bowel Disease
March 18, 2022

Irritable Bowel Syndrome and the Gut Microbiome: The Scoop on This Fascinating Link
February 24, 2022