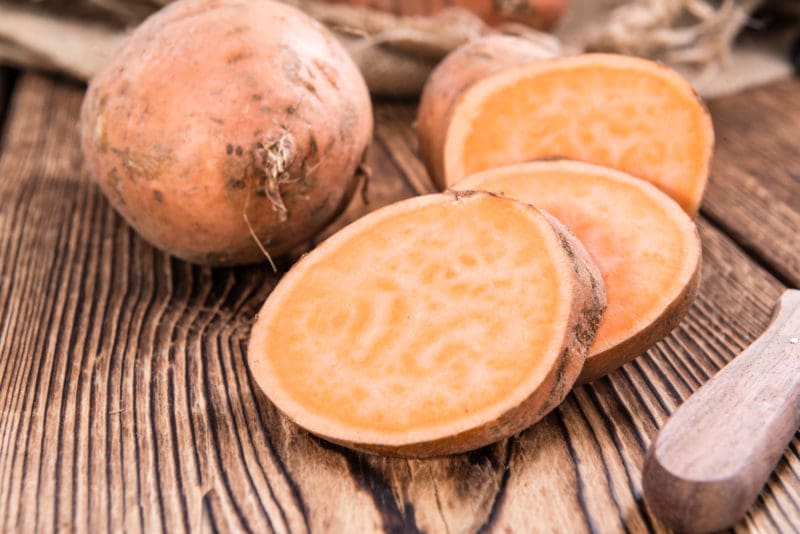 Try this healthy and delicious Roasted Sweet Potatoes and Veggies recipe from Megan Forbes at Forbes Nutritional Consulting. Your family will love it! Enjoy! (source)

History of the Sweet Potato

Sweet potatoes became popular very early in the islands of the Pacific Ocean, spreading from Polynesia to Japan and the Philippines. One reason is that they were a reliable crop in cases of crop failure of other staple foods because of typhoon flooding. They are featured in many favorite dishes in Japan, Taiwan, the Philippines, and other island nations. Indonesia, Vietnam, India, and some other Asian countries are also large sweet potato growers. Sweet potato, also known as kelang in Tulu is part of Udupi cuisine. Uganda (the second largest grower after China), Rwanda, and some other African countries also grow a large crop which is an important part of their peoples’ diets. The New World, the original home of the sweet potato, grows less than three percent (3%) of the world’s supply. Europe has only a very small sweet potato production, mainly in Portugal. In the Caribbean, a variety of the sweet potato called the boniato is popular. The flesh of the boniato is cream-colored, unlike the more popular orange hue seen in other varieties. Boniatos are not as sweet and moist as other sweet potatoes, but many people prefer their fluffier consistency and more delicate flavor.

Sweet potatoes have been an important part of the diet in the United States for most of its history, especially in the Southeast. From the middle of the 20th century, however, they have become less popular. The average per capita consumption of sweet potatoes in the United States is only about 1.5–2 kg (3.3–4.4 lb) per year, down from 13 kg (29 lb) in 1920. Southerner Kent Wrench writes: “The Sweet Potato became associated with hard times in the minds of our ancestors and when they became affluent enough to change their menu, the potato was served less often.” (source).