We Can No Longer Ignore Glyphosate 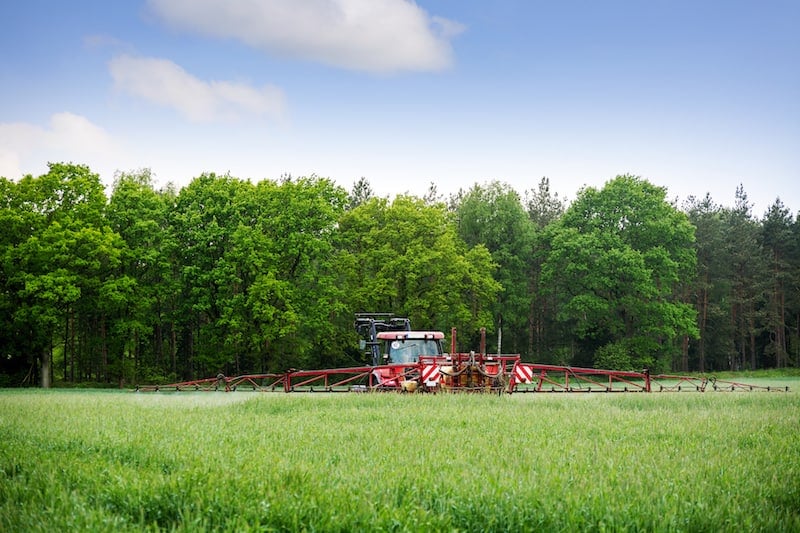 Maybe you’ve heard it in the news recently – glyphosate has been in a number of legal cases worldwide and there’s no sign of this trend slowing down. This is good news, since glyphosate (also known as Roundup) is herbicide that has infiltrated every aspect of our water and food systems and is wreaking havoc on human health.

The producer of glyphosate – the corporate giant Monsanto – has been in denial of the harmful effects of their key product on human health for decades. There was even a point in time where marketing taglines used for Roundup included misleading and downright false claims, including that is was:

Fortunately, in 1996 the New York attorney general sued Monsanto and forced them to stop using such dangerous claims.

But this isn’t enough.

More and more research is indicating that glyphosate is carcinogenic, an endocrine disruptor, harmful to the gut microbiome, and that it damages DNA in human embryonic, placental, and umbilical cord cells. Glyphosate levels are also associated with autism and attention-deficit hyperactivity disorder (ADHD). In animal studies, glyphosate has been linked to birth defects and reproductive issues. This growing body of research is seriously concerning.

In 2015, the International Agency for Research on Cancer classified glyphosate as “probably carcinogenic to humans.” Recently, California has been trying to label Roundup as carcinogenic, but has been blocked by a Judge.

Currently, there is an open case where a man from California is suing Monsanto for causing his cancer. Not only will DeWayne Johnson be the first man to take Monsanto to court for causing his cancer, the Judge recently issued an game-changing order to the jurors. This order states that they should not only consider if Monsanto’s Roundup caused Mr. Johnson’s cancer, but if Monsanto has been hiding the risks of its product.

This is a case worth paying attention to because it could shift the winds against Monsanto.

One of the major reasons glyphosate has become such a problem is that it is water soluble. In nature, most toxins are fat soluble – this is arguably nature’s way of protecting us. Fat soluble substances need fat to move, and there is far less fat in the world than water. On the other hand, water soluble substances move through anything with water:

Water is everywhere – and with it comes water soluble glyphosate. Glyphosate is now found in all types of water sources. Yes, now you can even breathe in Roundup.

In a recent study, glyphosate was found in tea products and urine of those sampled – levels were especially high those who recently consumed tea. Of the different food and beverage products examined, this study found glyphosate to be highest in tea, coffee powder, and honey.

At this point, you’re probably wondering how you can reduce your glyphosate exposure. This is an effort everyone of us should be making in our lives. Not only because it’s important to your health, but because it puts demands on the market. Together we can demand the removal of glyphosate from our food system.

Most important tip is to EAT ORGANIC and non-GMO foods and avoid exposure. Other ways support detoxification from glyphosate include:

If you want to learn more about glyphosate, I recommend following Zach Bush, MD and checking out the documentary GMO Revealed. I am a huge fan of Zach Bush’s work and am excited to hear more about his findings on the synergistic relationship between gluten and glyphosate. This could be a major reason gluten intolerance is on the rise in America. I will be sure to keep you up to date on this – stay tuned!

Interested in a glyphosate test kit from HRI Labs? Get 10% off when you use code ‘DrJill’ at checkout. This makes the price $89.

Is Collagen Really All It’s Cracked Up To Be? A Look At The Impressive Benefits of Collagen
February 19, 2020

Mycotoxins: The Hidden Danger Lurking In Your Kitchen
February 5, 2020

Is 5G Safe? What You Need To Know To Protect Yourself From EMFs
January 30, 2020

Short-Chain Fatty Acids: How to Maximize Their Health Benefits
January 21, 2020

How To Make Your House Safe When You Have Multiple Chemical Sensitivities
January 13, 2020

Enter now to win your free Berkey Water Filtration Sysyem (my personal favorite).
We promise never to share your email with anyone.
X